Interview with Sudipto Das of the The Ekkos Clan

1.       Can you tell us a little about yourself your aspirations and your hobbies!!

Professionally I’m an engineer. I did my BTech from IIT KGP in 1996 and have been the VP Engineering of Mirafra Technologies, a Semiconductor Design Service company, providing design services to companies like Intel, Cisco, Broadcom, Qualcomm and the other top semiconductor companies.

My aspiration is to retire from my professional work and become a full time writer, some day…
My hobbies are music, traveling and reading.  I play violin, having trained in Western
Classical Music. I was the governor of Technology Music Society (TMS), the institute band at IIT, during my final year. When few of my band-mates from KGP moved to Bangalore in 2006, we started the band ‘Kohal’ in Bangalore in 2007. We do few gigs a year.

2.       How you first got involved in with writing, are you an imaginative person?
I used to always write, since my school and college days, mainly in Bengali. The Ekkos Clan is my first novel though. I started working on it in 2008. I wanted to do something that would bear my signature, my imprint. Anything I have been doing in my profession could have been done by anyone else. But I wanted to do something that only I could do, that would be done if only I did. Apart from my fingerprint ad my son, nothing I possess bear my unique signature. Writing a novel seemed like the only option to fulfil my dream of creating something unique, other than my son and fingerprints.  The book may not reach out to many people, at the end. It may be written off by the critics. Still, it will remain a creation which only I could have done. No one else could have come up with this particular name – The Ekkos Clan  - and this particular story line.I don’t think I’m very imaginative. I rely more on facts and figures.
3.Were you always interested in romantic genre?I love romantic books, but The Ekkos Clan is not a romantic book.
4.How did The EKKOS CLAN Happened?I’ve been always intrigued by ancient Indian history, especially the origin of our culture, our heritage, our religion, our languages. I figured out that there was not much literary works on these particular topics. Also there are lot of misinformation regarding these. I wanted to tell the true story of the origin of the Indian culture, Indian languages, but not in an academic way. I felt that if Dan Brown hadn’t written about the intriguing aspects of Christianity, not many things about Christianity would be known to us. Not many people would read history books. But writing about history in the garb of a thriller reaches out to a much bigger audience. So I decided to use the garb of a mystery novel to talk about Ancient Indian History.
5 .Where do you see yourself blogging wise in the next 6 months, and 5 years down the road?I use blogspot.google.com to blog. I generally blog on politics and culture. I’ve doing this since 2008 and I would be doing it for many more years.
6. How did the Name of the book get its innovation?Didn’t understand the question.
7. Were you good in studies, what was the most interesting part?I was mediocre in IIT. The most interesting part was the technologies behind telecommunication, something that has revolutionized the world beyond anything in the recent past.
8.Whats your favorite Genre, your thoughts on that especially In Indian scenario?Facts based fiction, something like Dan Brown & Amitav Ghosh, covering two divergent ends of the spectrum. This particular genre is seeing lot of good work in India now. Among the most popular ones in this genre, Ashwin Sannghi’s name comes to my mind.
9. Any specific tips you have for newbie Authors who want to make it in the publishing Industry?Read and read and read before you write. Writing is a very lonely process. You’ve to be very patient and disciplined.  Treat it like a project, make a good project planning and execute it with precision. Getting a publisher is not at all an easy task. Don’t lose heart and explore all options. Publishing industry is undergoing terrific changes. After 10 years there may be only e-books, and no conventional publisher may exist. So if you don’t get a publisher, self-publish an e-book and sell through amazon.
10.How do you manage your time in writing and your work.Lots of discipline and meticulous planning. I read and write only after 10pm and I keep awake till 2, again waking up by 7. I often fell sick owing to strain and lack of sleep. But I didn’t have any other option.
11.Whats the biggest mistake you have commited.I should have started writing seriously 10 years back.
12. What would you prioritize , Narration or words ?Narration – words will follow naturally.
13. Whats the best thing a writer can give to his readers?Share his love for something with his readers. If, after reading my book, a reader is inspired to read more about Rig Veda or the ancient Indian history, that would be my success as a writer. It would mean I’ve transmitted my love for history and culture to my reader.
14. A lot of people are interested in for the money earning potential of a writer. What are some tips for people interesting in making money from it? What are some realistic expectations in regards to what can be made?Statistically, you can’t make money with writing. Less than 1% of writers in India make good money through writing. Take writing as a passion and never ever think of making money out of it.
15. What motivates you most in life?Good books, good music and beautiful places
16. What has been your strategy for creating visibility to yourself and your work?Mainly through word of mouth, social media and print media
17 What was the most challenging moment in your content development process and why?Write authentically about exotic places in Hindukush and Russia without visiting the places myself
18. Everyone has a favorite/least favorite writer. Name yours and why?Answers in Question 19

19. Name some of the writers whom you look up to and why?My favorites are Rabindranath & Keats from classical literature. Eric Segal, Jeffry Archer, Amitav Ghosh, Jhumpa Lahiri, Khaled Hosseini from contemporary literature. Tagore made me fall in love with my country and culture. Keats enhanced the romanticism Tagore had ignited. Jeffry Archer amazes me with the volumes of best sellers he has written. Amitav, Jhumpa & Khaled inspired me to write about nondescript things from some small desolate corners of the world and make heroes out of apparently insignificant people.
20. What is the story behind the your blogging journey ,was it by chance?Blogging was the net practice to write my book.
21. Your connection with any others writers and what your efforts on that?Not much. I know just a few writers.
22. Which genre do you feel gets the raw deal?Simple romantic stories
23. Five adjectives that describe you.Patriotic, sensitive, romantic, sentimental, pagol (nearest Bengali word for dewana)
24. What book would you say has made the biggest impact good or bad on you?Amitav Ghosh’s books, especially Hungry Tide & Sea of Poppies; Jhumpa Lahiri’s Namesake & Unaccustomed Earth; Khaled Hossieni’s Kite Runner
25. Do you get easily provoked by positive/negative comments??No
26. Do you plan to write novel in collaboration?Yes. In fact I’m looking for a cowriter for my second book.
27. What genre attracts you the most and which genre you avoid?Historicals attract me. I don’t avoid anything.
28. Words for me and my blogs Desire v/s Destiny and Blogger Interviews.Wonderful effort to give a platform to people like me to speak out.
29. On winning the Award/s , Are they Really necessary.It’s always a privilege to get awards. They no doubt encourage you.
30.Tell us the Next thing we will hear from you. May be your Novel release.I’ve already completed the first draft of my second book, which is not a sequel of The Ekkos Clan, but I do have a plan to make a trilogy with Afsar-Kratu-Tista and linguistic palaeontology, of which The Ekkos Clan is the first book. My yearning to make my alma mater IIT Kharagpur (KGP) as a part of my literary creation is so strong that I want to write a KGP trilogy too, a set of three unusual love stories, all originating in KGP. My second book named Prembajar would be the first book of this trilogy. KGP to me is like a miniature world; everything compressed and contracted within the confines of the walls that enclose the campus. My attempt in writing the KGP trilogy is just a humble effort to talk about this world, of which, it was my privilege to be a part.
Posted by Mr.Miglani at 23:57 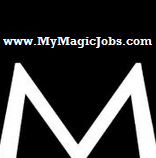 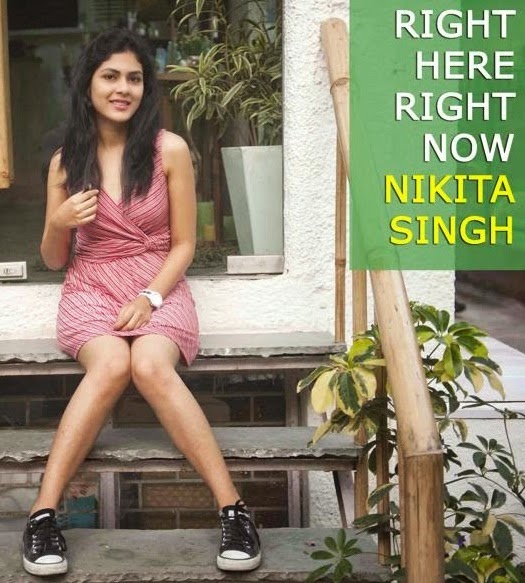 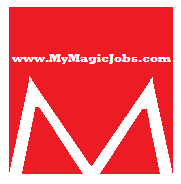